The Mussel Tussle at Belgium Comes to Cooperstown

Wow what a fun weekend Jamie and I had at Brewery Ommegang in Cooperstown.  I am putting up some pics to recap the weekend. 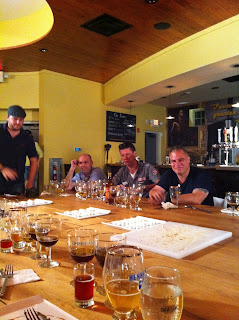 Chef Teddy Folkman cooked us an eight course meal paired with beer.  The camera were rolling to get our comments on food and beer. 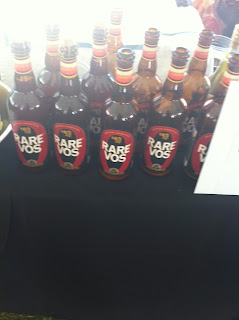 After dinner we drew out of a hat to see what beer we were going to cook with.  We all had different Ommegang beer.  I picked Rare Vos.  It was perfect for the dish I had in mind. 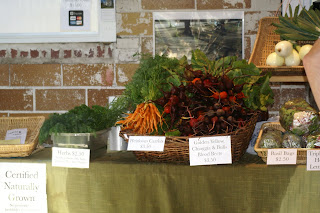 Saturday morning they shuttled all six chef to the Cooperstown farmers market. It is an inside market. 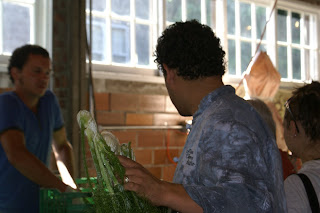 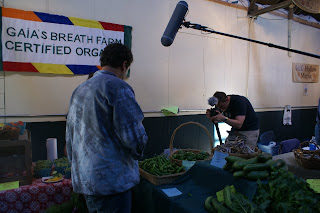 We had a budget of $125 for the market.  Keep in mind we were feeding 400 people.  This event was for all of the VIP's for Belgium meet Cooperstown. I was after Chorizo sausage, which is not cheap. I knew I had to shop very wise.  Tomatoes were also my main ingredient.  Tomatoes were $3 a lb.  I already spent $70 on Chorizo. I need at least 20 lbs of tomatoes.  Yea I was already over.  So I asked other chefs if they needed tomatoes.  Ric Orlando was in need too.  I negotiated a case price for $50 which was 40 lbs.  This was a major score! So Ric and I split the case.
I also got the last few heads of fennel. 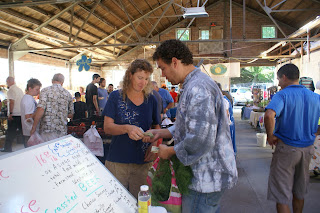 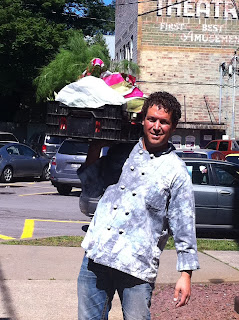 All of my stuff from the market.  Grand total $109.  I had a few buck left just in case I needed anything from the grocery store.  I took a look around at Price Chopper and bought a couple heads of fennel as a back up. 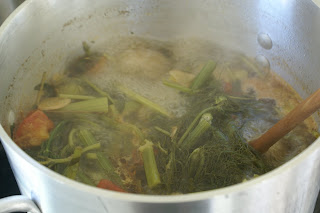 My stock cooking for the mussels. 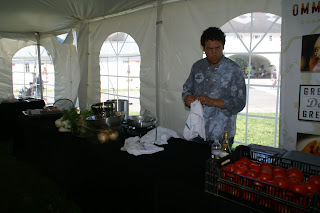 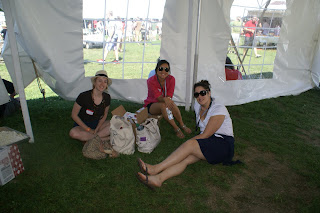 The Savuer Magazine staff was following us around too.  Hopefully there will be something in print or on their website. 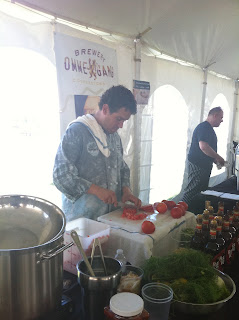 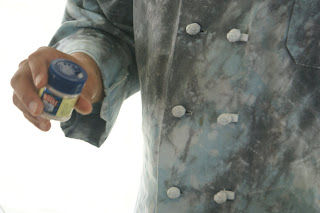 We had four hours to make our dish.  It was plenty of time.  It was actually a fun enviroment with all the chefs.  We were laughing and relaxed.  Ric & I had our wives helping us.

I always bring my own high quality salt. 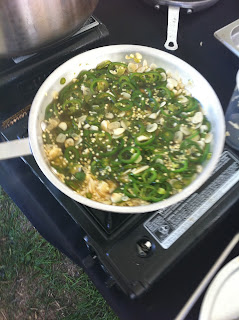 These are my pickled jalepenos and garlic cooking in Rare Vos beer. 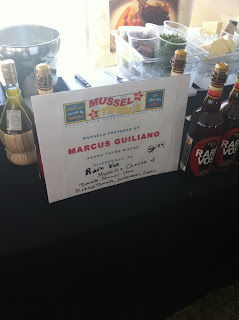 Expect this to be on our menu very soon!!! 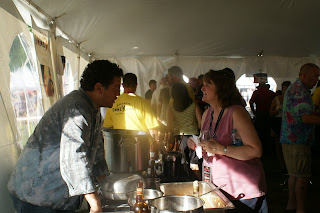 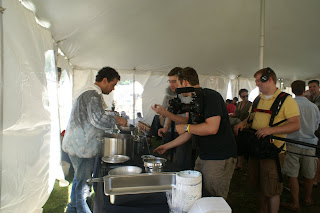 The camera crew came around and got descriptions of our food and more clips. 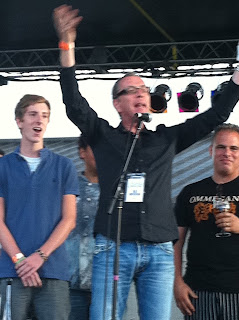 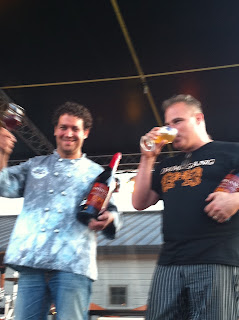 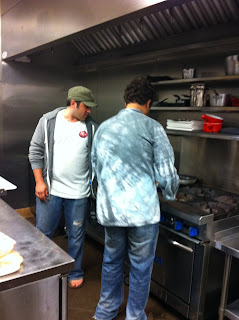 Simon Torpe the boss at Ommegang Brewery announcing the winners.  I came in third place.

Ric Orlando and I celebrating on stage with our big bottles of Ommegang Abbey.

Teddy Folkman & I in the kitchen cooking a late night snack