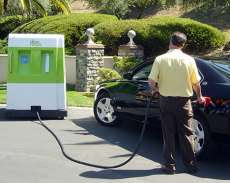 The ethanol will primarily be used to power the on-site vehicles at Sierra Nevada, but it’s possible that the ethanol would be made available for employees or the general public.

Sierra Nevada has already done quite a bit for the environment. According to Tree Hugger, Sierra Nevada sells 1.6 million gallons of beer waste to farmers annually to use as dairy feed.

Aroma Thyme's Comments:
Pretty cool stuff from a brewery. It makes you want to drink their beer, and they have great beer. We have a have had several on our list over the years. And we will have more in the future.