Get your Belgian Badge at Aroma Thyme from Untappd this Tuesday November 15th.  The best part is the that you get drink really great Belgian beer. 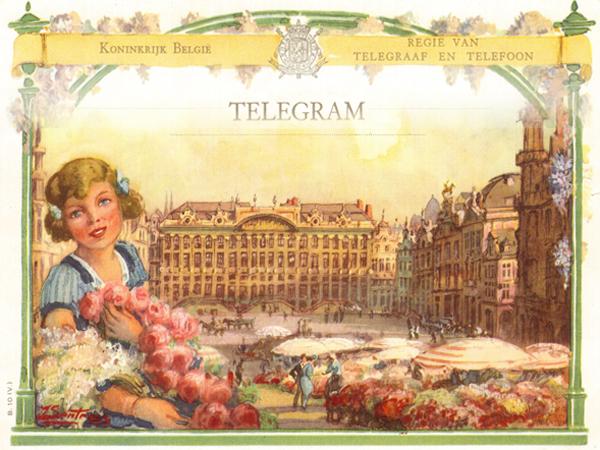 Vanberg & DeWulf co-founder, Wendy Littlefield, revealed that the Belgian beer import specialist is partnering with the year-old, fast-growing site and mobile app for beer enthusiasts, Untappd. Untappd will unveil their Belgian beer badge in Vanberg & DeWulf’s honor on Tuesday, November 15th.
November 15th is the day (and night) of the Coast to Coast Toast ™. It is expected to bethe single largest one-day national celebration of Belgian beer culture held in the USA this millennium. An estimated 350 bars, restaurants, and shops across America will feature Vanberg & DeWulf beers and raise a toast to the importer that has been singularly dedicated to building Belgian beer connoisseurship in the USA. To find the beers and the hosts for the events, people need only consult the Vanberg & DeWulf and Untappd sites. Find the locations hosting toasts on the Coast to Coast Toast™  Eventbrite page and check in with the beers on Untappd.

Much excitement surrounds the launch of a new badge at Untappd. There have been more than 2 million “check-ins” in year one alone.  To earn the Belgian badge Untappers need to try at least one (1)  “related” beer and share it on Untappd. Starting November 15th and for a month, the Belgian badge can only be earned by “checking in” with Vanberg & DeWulf’s beers. Aspiring badge-earners have the option to be entered into a drawing to win a trip for two to Belgium sponsored by The Belgian Tourist Office and Delta Airlines.

The Coast to Coast Toast ™ is at once an anniversary party and a salute to the people and places that have done so much to build today’s vibrant US beer culture. Participants span two generations of craft beer advocates - uniting pioneers like Lucky Baldwin’s and Toronado (CA), Monk’s, Eulogy and Tria (PA), Higgins and Belmont Station (Portland), Hopleaf, Map Room (IL), Winking Lizard (Ohio), BJ’s (the West) and Flying Saucer  (6 states), Gingerman, DBA (NYC), and the Brickstore (GA) and more recently minted “Heroes of the Good Beer Movement” ™ like El Rey Burrito Lounge and J Clyde (Alabama), The Publican and Bluebird (Chicago), Church Key (Washington, D.C.) , Capital Bar and Grill (Arkansas), Jimmy’s 43,  Rattle N Hum, Vandaag, and Blue Monk (NY), The Fred (GA), and Redlight Redlight (Florida) to name but a few.

Not just on premise locations are participating in the celebration. Retailers all around the country – from Tully’s in Wells, Maine to Whole Foods on the Bowery in NYC, from Binny’s in Chicago to Wine Thief and Ale Jail in St Paul, MN – are taking part in the party.

“We have had a great career that has allowed us to pursue our love of Belgium and Belgian beer. As our 30th anniversary approached, we were absolutely convinced that we had to send a huge bear hug to our friends and colleagues. They took up our passion and together we changed how Americans enjoy beer ” said Wendy Littlefield.  “Untappd lets us spread the love in a new and unprecedented ways,” added Don.

Founded by a pair of friends on opposite coasts who wanted to share their newfound interest in beer, Untappd has grown exponentially, becoming the go to application to track and share your favorite beers. With native apps available for Apple iOS & Android devices, as well as a mobile web interface, Untappd allows users to check-in to their favorite beers and locations, attach a photo, write a short review and share this with their friends across multiple social networks. Additionally, the app includes a layer of gamification in the form of digital badges that encourages beer lovers to explore different beer styles, breweries and bars.

Untappd’s goal is to connect beer enthusiasts of all levels from around the world and encourage them to explore the world of beer and beer related venues. Having surpassed 2,000,000 check-ins and celebrated its first anniversary, Untappd has worked with breweries from across the United States including MillerCoors, Boston Beer Company, Dogfish Head, and Great Divide Brewing.

Untappd is proud to partner with Vanberg & DeWulf to celebrate their 30th anniversary by educating our community about Belgian beers. With the launch of the “Belgian Holiday” badge, users will be encouraged to experience the wide variety of beers that Belgium has to offer.

“We are extremely excited to be partnering with a veteran in the Belgian beer world such as Vanberg & DeWulf. Their mission to bring the great flavors of Belgium to the States perfectly complements our goal of introducing beer enthusiasts to the different styles the beer world has to offer.” - The Untappd Team

This family run business has been committed to Belgian beers for thirty years.  The husband and wife team of Don Feinberg  & Wendy Littlefield are Yale grads who moved to Belgium after college, where they fell in love with the country and its beers. They began importing in their mid 20’s. They and their lambic-loving children call Chicago home, but Don and Wendy spend a third of the year beer hunting in Belgium.

They were the first to import Duvel, Rodenbach, Affligem, Boon lambics, Blanche de Bruges to the USA. The thirty beers in their portfolio can be include classics such as Saison Dupont, Moinette, Scaldis, Peche Mel, Hop Ruiter, Lambrucha, Lambickx, Witkap , DeCam, Vicaris, Castelain and Contessa.

Don Feinberg and Wendy Littlefield were the first Americans inducted into the Belgian Brewers Guild in its 500-year history. Ever and always they have represented beers from independent family-run breweries. They were the publishers of the first US edition of Michael Jackson’s The Great Beers of Belgium. They founded Brewery Ommegang on a former hops farm in Cooperstown in 1994. Ommegang was the first US brewery dedicated to all bottle conditioned, cork-finished, Belgian-style beers. They introduced the 750 ml format to the US craft beer scene, and built the first farmstead brewery in the US in a century.

“These days choices are overwhelming for beginning Belgian beer drinkers. Not only are there 800 or so beers being imported from Belgium, but virtually every domestic brewery has an American iteration. Untappd lets beer drinkers document their journey through craft beer, and in so doing advance education and appreciation of styles. We are very happy to be joining forces with them in launching the Belgian beer badge and building beer connoisseurship.”  Don Feinberg & Wendy Littlefield

The Coast to Coast Toast ™ is dedicated to two friends in the industry who made massive contributions and died too soon: Ray Deter of DBA and David Farnsworth of Lucky Baldwins. Their spirit informs the movement now and in the years to come.
Posted by Unknown at 1:21 PM