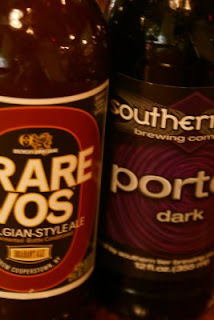 Study: Local trend slow to catch on among consumers

CHICAGO (March 13, 2009) A growing number of restaurant companies are using local products, but a report released Thursday by market research firm Mintel indicates that few Americans feel strongly about where their food or services come from.

According to Mintel’s consumer survey on local shopping, only one in six adults, or 17 percent, buy local products and services as often as possible. These “True Locals” are willing to pay more for locally produced goods and will choose them even if non-local competing products are better. The most zealous local shoppers, according to the report, were consumers ages 25 to 34 and families with children.

The report, however, found that most American shoppers, or 30 percent, fall into the “Aspirational Locals” category, saying they would buy local but don’t know where to find such products.

About 27 percent of those surveyed, however, said they don’t care where the things they buy come from.

“We found that, although the ‘buy local’ mantra has gotten strong media coverage and government support, most Americans haven’t yet incorporated it into their lifestyles,” said Krista Faron, a senior analyst at Mintel. “Nonetheless, local products offer unique benefits and are more accessible than ever before, so we think the local movement has relevance with today’s consumer.”

There's all types of local or more local services and products that we can take advantage of. For example we try to avoid anything whether it's food or a gadget that is brought in from China. However this can be a great challenge. Just look at labels and ingredient lists and in most cases it's shocking. Even to the simple things like paper. In our case we found a great New York State paper producer that is on the cutting edge of eco-friendly technology. But that's just one sample of a success story.

A big market for us is vodka. We sell a lot of vodka. Sure people like Grey Goose, Kettle One and other fancy imports. But did you know that there are some fabulous vodkas produced right here in America. Now granted we are in New York a lot of these vodkas come from California. But California is a lot closer than France. This is true for a lot of spirits and wine's that are produced. So the next time you are in a restaurant ask for the closest produced item. Now of course this does not work if you're specifically after items like cognac. But I do have a rule for these items. At this point you want to purchase from an independent distiller or producer. So for example Remy Martin is a great Cognac producer. However there are small family owned distillers that I would support first. After all supporting a independent family run business is better a option than a mass produced corporate product.

So this philosophy can be used for what ever you buy. So if you are forced to buy an imported item try to get the best choice.