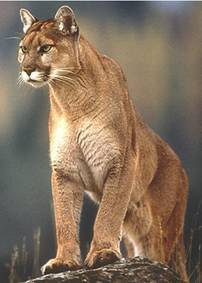 The search for the eastern cougar is fraught with controversy. Thousands of sightings from Maine to Georgia and west to the Mississippi River over the previous generation have produced only a dozen or so confirmations.

The Eastern Cougar Foundation (ECF) has solicited these reports for ten years, including running trailcam surveys sanctioned by state and federal wildlife agencies, without producing a single piece of confirmed evidence. Fresh from conducting a year-long study at Minnewaska State Park Preserve, ECF President Christopher Spatz will explain why sightings don't produce evidence, and why the ECF is now advocating for reintroductions of this magnificent predator to its former eastern range.