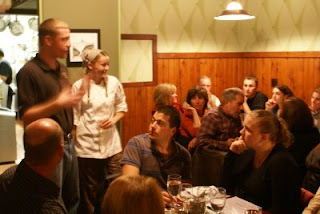 Ichor
An Abbot style Quadruple brewed with German Pils and Roast malts and Belgian Candi Sugar, hopped with German Tradition hops. Luscious and seductive, Ichor is brewed for both the body and the soul. This beer will improve with careful aging but is ready to drink now.

113 IPA
A big, strong IPA for all the hopheads out there, brewed with British Pale and Crystal malts, and hopped with Centennial, Cascade, German Northern Brewer, & UK East Kent Goldings. Bold and spicy.

Black Raspberry Reserve
An unforgettable wheat ale brewed with German Pils and Wheat malts and Tradition hops, with 1 lb. of red and black raspberries per gallon of beer. This beer features a tart finish and a sugary sorbet aroma.

Bonus Beer
Jerobaums
Only 200 Hand- Numbered 3L Jerobaums bottled!
A Belgian style Golden Ale brewed with German Pils malts and Candi Sugar. A light bodied, complex ale that can sneak up on you like a sly fox.