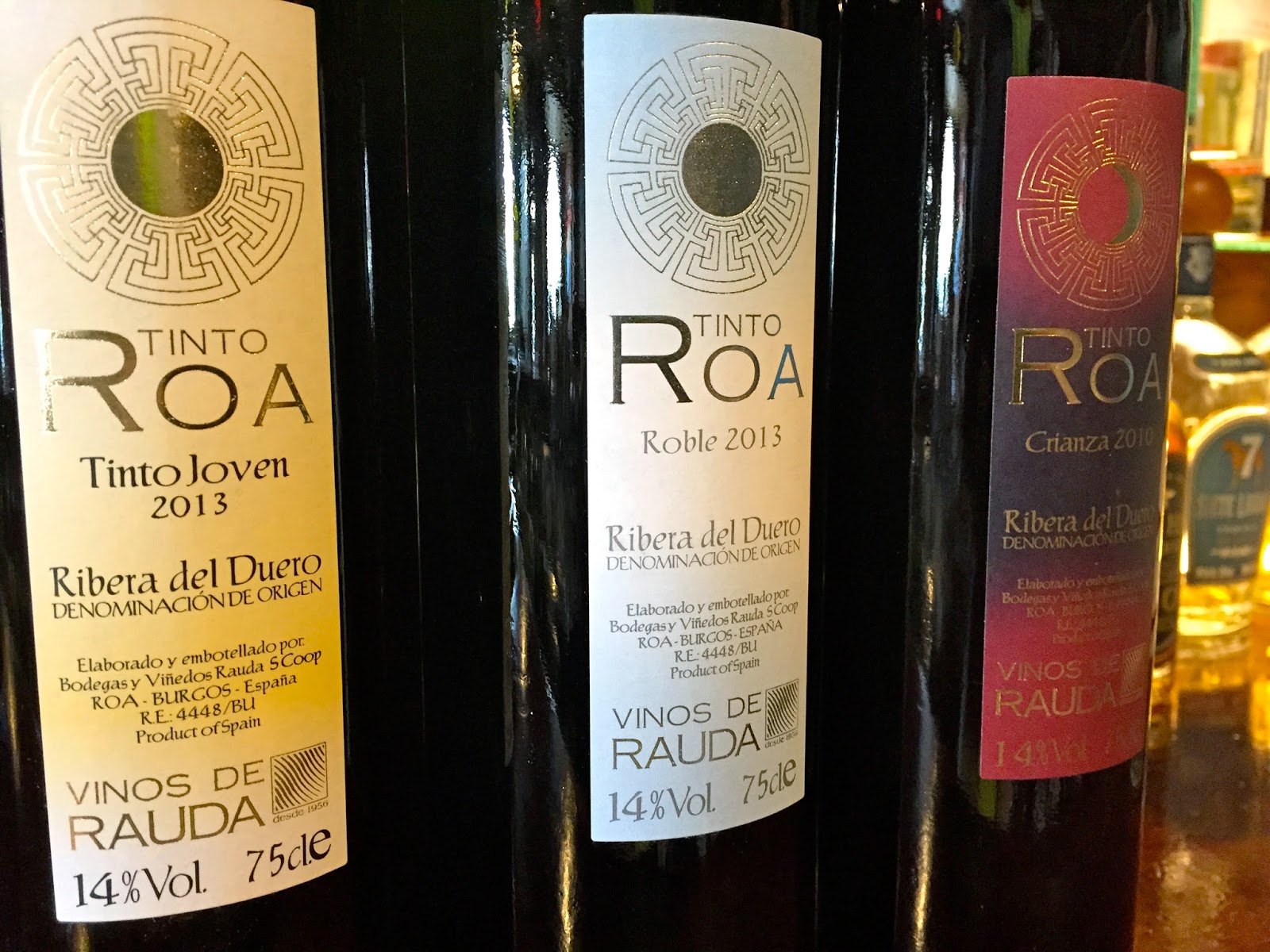 Ribera Del Duero paired with Hudson Valley Cheese in a three-course dinner for $29.99.  We will be featuring three different wines Vinos de Rauda from Spain. All the wines are Tempranillos and have different aging.  This unique tasting and dinner, lead by wine expert Dennis Klein, will showcase how oak aging transforms the same wine. It's an experience you won't want to miss.  The dinner is $29.99 per person, rsvp (845) 647-3000. Special dietary requests are gladly welcomed. Please notify us when making the reservation.

Ribera del Duero is an important wine-producing area in Castilla y Leon, northern Spain. Its reputation is largely thanks to the high-quality of its red Tempranillo-based wines, the best examples of which are renowned throughout the world. The capital of Ribera del Duero is the historic town of Aranda de Duero, which boasts a series of antique underground cellars (bodegas) built to store wine. The interconnecting cellars reach a depth of 40ft (12m) in places. Despite a long history of winemaking, Ribera del Duero was not awarded DO status until 1982. A corresponding Consejo Regulador (wine-regulating authority) was then established to administer it.

Ribera del Duero sits on the elevated northern plateau of the Iberian Peninsula at 2800ft (800m) above sea level. It is divided by the Duero River (as its name would suggest – Ribera del Duero means 'bank of the Duero'), which provides the local vineyards with a much-needed water supply.

© Ribera del Duero
The region's inland location, coupled with the sheltering effects of the nearby Sierra de la Demanda and Sierra de Guadarrama mountain ranges, creates an extreme climate in which hot and dry summers are followed by harsh winters. Temperatures can range from –0.4F to 104F (–18C to 40C) and winter and even spring frosts are a real threat here. In the growing season, the high daytime temperatures are combined with considerably cooler nights – a condition which assists in the optimum accumulation of aromas and other chemical compounds (phenolics) in the grapes.

The leading local producer is Bodegas Vega Sicilia, which took the wine world by storm with its 'Unico' wine. Tinto Pesquera is another renowned brand, created by the region's best-known winemaker, Alejandro Fernández. The success of Vega Sicilia and Pesquera quickly turned local producers away from bulk rosé and selling to co-operatives and focused their attentions on making quality reds. Other prominent producers include Dominio de Pingus and Emilio Moro.

Nowadays, Ribera del Duero is almost entirely devoted to red wine, with Tempranillo the most widely planted grape variety. It is known locally either as Tinto Fino or Tinta del Pais and produces wines which are deeply colored, with a firm tannin structure and complex aromas of mulberry and blackberry. Most of the top examples age gracefully for years. According to DO regulations, Tempranillo must make up a minimum of 75% of all vinos tintos (red wines). The balance is made up of Cabernet Sauvignon, Merlot and Malbec (varieties that were introduced by Vega Sicilia well over a century ago) or up to 5% of Albillo or Garnacha.

Garnacha is used for most rosé wines, and a few wineries employ small quantities of Bordeaux varieties in their red blends. Albillo is the only white grape grown in Ribera del Duero, producing wines for local consumption that don't qualify for the Ribera del Duero DO title, or in minor quantities as a softener for heavy reds.
http://www.wine-searcher.com/regions-ribera+del+duero

About Aroma Thyme: http://www.hudsonvalleysbestbar.com/
Aroma Thyme has had a Wine Spectator Award-winning wine program since 2003.  It has been their mission to source independently produced wines from all over the world.
“I love wine” says Chef/Owner Marcus Guiliano. “I taste every single wine that I buy.  I want to make sure I know what we are representing.  I am constantly learning something new in the world of wine.

Chef Guiliano does not discriminate regions or varietals.  There is a strong focus on New York wines.  Everything from South Africa, France, Italy, France, Spain, Portugal, California, Austria, Germany, Australia and South America have a presence.  All prices ranges are represented.

Besides wine, Aroma Thyme has one of the best stocked bars period.  The craft beer menu spans over 250 independent craft beers from all over the world.  The list has many hard to find and aged verticals of beers. Plus there are over 300 independently produced spirits.  “The extensive bar selections shock everyone.  We take a lot of pride in hand picking our wines, beers and spirits,” exclaims Chef Guiliano.


Chef Guiliano has been an advocate for over 15 years on healthy, sustainable, local & real food. Zagat says “Stealth Health”. He found his mission in cooking when he reversed a handful of medical conditions including 28 years of asthma. For more information visit www.chefonamission.com.www.aromathymebistro.com.
Posted by Marcus at 1:36 PM