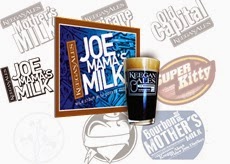 Keegan Ales was founded in early 2003 when Tommy Keegan learned about an empty building in Kingston that nobody would buy because there was a defunct brewery stuck in it! (Although the building was built in the early 1800′s, the building was most recently home to the Woodstock Brewing Company.)
After months of cleaning and rebuilding, Keegan Ales brewed its first batch of beers on August 1, 2003(Tommy’s mom’s birthday) and set out hand-selling beer to local bars and restaurants early September. The first kegs of Old Capital, Hurricane Kitty and Mother’s Milk went to competition at Hunter Mountain that month. Mother’s Milk took home a gold medal and Old Capital was honored with People’s Choice: Best of Show.
After getting the brewery up and running selling draft beer, the crew at Keegan Ales turned their attention to the defunct bottling line. It had been left broken and literally in hundreds of pieces. It took months of pounding, tinkering and countless scratching of heads, but by the summer of 2004, Keegan Ales was available in 12 ounce bottles!
Keegan Ales has gone on to win many more awards and recognitions, including Best Brewery in The Hudson Valley (2009), Best Brewery in New York State (2009) and Best Craft-Brewed Beer in New York State (2009).
Early in 2010, The New York Times declared Mother’s Milk one of the top ten stouts in North America and Keegan Ales has also been awarded 2010 Small Business of the Year by The Ulster Chamber of Commerce and The Ulster County Development Corporation.

About Aroma Thyme www.AromaThymeBistro.com
Aroma Thyme bistro opened in 2003 in Ellenville, NY, where the Catskills meet the Hudson Valley. Being green minded since day one, Aroma Thyme was the first Certified Green Restaurant© in upstate New York. Aroma Thyme has one of the best stocked bars with 250 craft beers, 250 fine wines & 250 boutique spirits.  The restaurant is all about supporting local, but beyond that they pride themselves in small independent brands from all over the globe.  This purchasing philosophy encompasses bar and kitchen alike.  “We want to help a family pay for dance lessons for their daughter rather than a CEO's third vacation home”, says owners Jamie & Marcus Guiliano.  Marcus Guiliano is an award winning chef who was named “One of the Five Top Food Activists Making a Change” from One Green Planet. This award, along with many others, is evident from the gourmet sustainable socially responsible cuisine Aroma Thyme serves. The restaurant has also been flooded with wards ranging from “Best New Restaurant”, “Best Organic Restaurant”, “Best Beer Events”, Wine Spectator “Award Winning Wine List” and Trip Advisors number one restaurant in their area. Aroma Thyme pleases carnivores and vegans alike.  There is plenty of options for every diet and taste.  Chef Marcus has several a great blogs that are a must to check out, ChefonaMission.com (his main one), NoFarmedSalmon.com (you will never eat farmed salmon again) and his award-winning business blog at 50Mistakes.com. Reservations are always accepted at (845) 647-3000.

About Aroma Thyme: http://www.hudsonvalleysbestbar.com/
Aroma Thyme has had a Wine Spectator Award-winning wine program since 2003.  It has been their mission to source independently produced wines from all over the world.
“I love wine” says Chef/Owner Marcus Guiliano. “I taste every single wine that I buy.  I want to make sure I know what we are representing.  I am constantly learning something new in the world of wine.
Chef Guiliano does not discriminate regions or varietals.  There is a strong focus on New York wines.  Everything from South Africa, France, Italy, France, Spain, Portugal, California, Austria, Germany, Australia and South America have a presence.  All prices ranges are represented.

Besides wine, Aroma Thyme has one of the best stocked bars period.  The craft beer menu spans over 250 independent craft beers from all over the world.  The list has many hard to find and aged verticals of beers. Plus there are over 300 independently produced spirits.  “The extensive bar selections shock everyone.  We take a lot of pride in hand picking our wines, beers and spirits,” exclaims Chef Guiliano.

Aroma Thyme is Three Star Certified Green© by The Green Restaurant Association.
Chef Guiliano has been an advocate for over 15 years on healthy, sustainable, local & real food. Zagat says “Stealth Health”. He found his mission in cooking when he reversed a handful of medical conditions including 28 years of asthma. For more information visit www.chefonamission.com. www.aromathymebistro.com.
Posted by Unknown at 1:42 PM