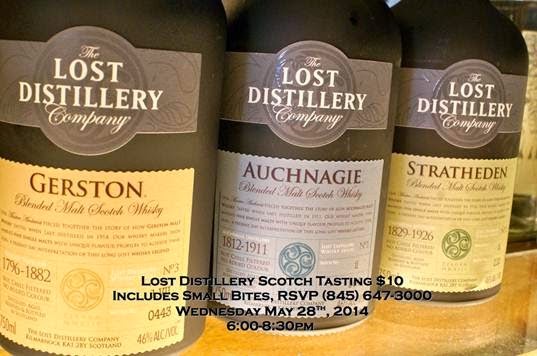 In the last century, almost one hundred of Scotland’s malt whisky distilleries have been closed or destroyed.
This accounts for nearly half of all distilleries that have ever existed in Scotland. Global economic downturn, over-production, world wars and prohibition have all contributed to the loss of so many distilleries.
As a result of all of these factors, many unique and venerable brands have been lost to the world.
Until Now
The Lost Distillery Company is an independent boutique Scotch Whisky company. We are obsessive about our craft and uncompromising when it comes to whisky quality. Our mission is to create present day expressions of legendary whiskies that belonged to the craft of whisky distilling almost a century ago.
There is no magic formula to what we do. We don’t have a warehouse full of old forgotten whisky, we don’t have a secret recipe or DNA analysis and we don’t have plans to reopen any of these lost distilleries. The answer to what we do lies in the history books…
The process begins with our Archiving Team led by Professor Michael Moss from The University of Glasgow. Focussing on the 10 key components that influenced the original character of these long lost whiskies, the Archiving Team play a pivotal role in evidencing how that spirit might have tasted when it was last distilled. While we could argue that there are a number of elements of the production process that are pivotal to the final taste of the whisky, we focus on what we consider to be the ten most important. Depending on the availability of information from our research, we are able to make certain assumptions as to what the profile of these whiskies might have been.
The 10 Key Components:
ERA – The date of the last distillation is critically important. As with most manufacturing businesses, fashions and processes change. Mechanisation brought increased consistency to the process, while expansion of the railways sponsored the construction of much bigger distilleries.
LOCALITY – Neighbouring distilleries may have used similar sources of water, barley and yeast. They may have shared expertise that still survives today in working distilleries.
WATER – A core ingredient used to make the spirit and also to dilute the product to bottling strength. Was the water soft or hard? What was the mineral content?
BARLEY – The most important aspect of the barley is the phenolic content. Where was the barley grown? Was it local? Which strains of barley were used? How consistent was the yield?
YEAST – Why is some sourdough bread better than others? Why do some bakers retain a starter dough for decades? Yeast matters in the process and ultimately has an impact on the final product.
PEAT – Was the malted barley peated or unpeated? How much peat was used and was it sourced locally? How did this translate to the phenol content of the finished product?
MASH TUN – What material was it constructed from? Was it open or closed, and how was the temperature controlled? Volatile temperatures would inhibit yeast activity.
WASH BACK – These would have been made almost exclusively from Douglas Fir; chosen for its straight grain and lack of knots. While some distilleries still use these, most have converted to stainless steel versions that impart no character to the product.
STILL – The shape and size of the still deeply influence the overall character of the spirit. For example, a smaller dumpy still will typically allow more contact between the copper and the spirit meaning that it produces a heavier, more viscous spirit.
WOOD – After production, what type of wood was used to store or transport the whisky to its destination? Did this have an impact on the final flavour? What did the barrel have in it before it was used for whisky? This would have had a significant effect on the whisky’s taste.

While these 10 key components are essential, it’s just as important to recognise what wasn’t in the whisky. A century ago there was no such thing as chill filtration or caramel colouring of the final product. That’s why, at The Lost Distillery Company, we don’t do either of these things today.
Following the detailed work of our Archivists, our team of whisky makers begin to interpret the research to pick out some of the eight key flavour nuances of the whisky:
Peaty • Floral • Fruity • Cereal • Winey • Woody • Sulphery • Fenty
The third part of our process is arguably the most interesting and challenging. We call this ‘The Debate’. Our Archivists and Whisky Makers, along with a panel of selected ‘noses’, attempt to bring to life the evidence before them. They create a blend of single malts from different distilleries and with different flavour profiles, tweaking the composition to sit easily with both the evidence of the archivist and the interpretation of the whisky makers. This process takes considerable time and experience but only when everyone is comfortable with the result does the whisky receive The Lost Distillery Company seal of approval – when we are happy that we have created a present day interpretation of that long lost whisky legend.