What: Cinco De Mayo in the Hudson Valley, Half Price Sangria Week!!!

Details: Join us to celebrate Cinco de Mayo all week at Aroma Thyme in the Hudson Valley.

Half Price Sangria Friday to Friday 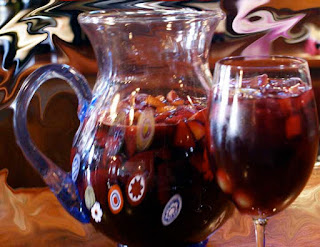 Cinco de Mayo—or the fifth of May—commemorates the Mexican army's 1862 victory over France at the Battle of Puebla during the Franco-Mexican War (1861-1867). A relatively minor holiday in Mexico, in the United States Cinco de Mayo has evolved into a celebration of Mexican culture and heritage, particularly in areas with large Mexican-American populations. Cinco de Mayo traditions include parades, mariachi music performances and street festivals in cities and towns across Mexico and the United States.
Posted by Marcus at 9:12 AM