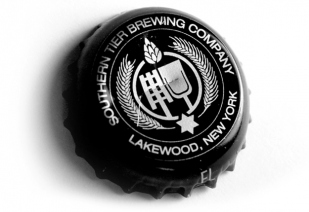 What: Southern Tier Craft Beer Dinner
When: Friday April 20th, 7pm
Where: Aroma Thyme Bistro, 165 Canal St Ellenville NY
Details: 5 courses of beer & food, $49 per person
RSVP at (845) 647-3000
Hop Sun
Polenta, Onions and Cheese
IPA
Baby Romaine Salad with Almonds & Orange Vinaigrette
Unearthly Imperial IPA
Creamy Chicken, Chanterelles, Asparagus & Fusilli Pasta
Inequity Imperial Black IPA
Bacon & Porter Braised Pork Ribs
Oaked Backburner Imperial Barleywine
Fig & Chocolate Ice Cream Bourbon Agave
About Aroma Thyme:
Aroma Thyme is known for their "stealth health"(Zagat). The Bistro has an award-winning wine list from Wine Spectator Magazine and over 200 beers. Aroma Thyme is certified green by The Green Restaurant Association. Marcus Guiliano is the chef & owner of Aroma Thyme Bistro located in the bountiful Hudson Valley of New York. Chef Guiliano has been an advocate for over 10 years on healthy, sustainable, local & real food. He found his mission in cooking when he reversed a handful of medical conditions including 28 years of asthma. For more information visit www.chefonamission.com. www.aromathymebistro.com.
About Southern Tier:
In operation since late 2002, Southern Tier Brewing Company of Lakewood, New York, has grown to produce nearly 50,000 barrels of beer annually. The hand crafted ales are now available in more than half of the United States, as well as parts of Australia, Denmark, Japan, Philippines, Singapore, Ontario, British Columbia, and the United Kingdom.
Founders Phineas DeMink and Allen "Skip" Yahn started the brewery with the vision of reviving the practice of small batch brewing to a region rich in
brewing tradition. In 2002, with equipment gained from the purchase of the Old Saddleback Brewing Co. in Pittsfield, Massachusetts, the Southern Tier Brewing Company began production in the Stoneman Business Park just outside of Lakewood, New York. By 2003, select varieties of small batch ales were locally distributed, and by 2005, sales covered the majority of New York State and Pennsylvania. Before launching a successful roster of seasonal beers, the brewery produced Pilsner, Mild Ale, and an India Pale Ale.
Southern Tier immediately garnered regional attention and demand for the product was quickly outgrowing their modest facility. In 2009, a new 20,000 square foot building was built for the purpose of brewing innovative, high-quality beer to accommodate an expanding customer base. In this new facility, the small brewery was able to grow and offer the product both nationally and internationally, while still satisfying its loyal hometown fans.Steadily growing, throughout 2010 it became clear that more beer needed to be produced to satisfy a growing customer base. 800 barrels of fermentation vessels has been added to the production area and a 7500 square foot addition has been added for use as a conditioning room. The constantly running brewhaus has also been expanded and updated. In early 2011 the company replaced its bottling line with the most high-tech, state of the art bottling line of its size in North America. It fills, caps and labels an impressive 8,000 bottles per hour, with the ability to package 12,000 per hour at full speed.
Posted by Marcus at 4:28 PM