Join us at this Thursday at Aroma Thyme for Cinco (Drinko) de Mayo.
Incredible drink deals.
Bar opens at 3pm.

Mojito’s
Our Mojito’s are a full pint of greatness.  Fresh limes, rum 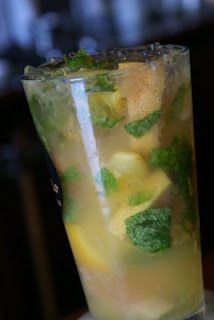 Margarita’s
Fresh limes, organic agave (no corn syrup or white sugar) & Tequila
All of our tequilas are 100% agave.
By law Tequila Tequila only needs to contain 51% agave. 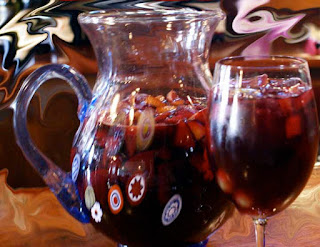 History of Cinco de Mayo
Cinco de Mayo is a holiday held on May 5 that commemorates the Mexican army's unlikely victory over French forces at the Battle of Puebla on May 5, 1862, under the leadership of General Ignacio Zaragoza SeguÌn. It is celebrated primarily in the state of Puebla and in the United States. While Cinco de Mayo sees limited significance in Mexico itself, the date is observed nationwide mostly in the United States as a celebration of Mexican heritage and pride.

In the United States Cinco de Mayo has taken on a significance beyond that in Mexico. The date is perhaps best recognized in the United States as a date to celebrate the culture and experiences of Americans of Mexican ancestry, much as St. Patrick's Day, Oktoberfest, and the Chinese New Year are used to celebrate those of Irish, German, and Chinese ancestry respectively. Similar to those holidays, Cinco de Mayo is observed by many Americans regardless of ethnic origin. Celebrations tend to draw both from traditional Mexican symbols, such as the Virgen de Guadalupe, and from prominent figures of Mexican descent in the United States, including CÈsar Ch·vez.To celebrate, many display Cinco de Mayo banners while school districts hold special events to educate pupils about its historical significance. Special events and celebrations highlight Mexican culture, especially in its music and regional dancing. Examples include baile folklÛrico and mariachi demonstrations held annually at the Plaza del Pueblo de Los Angeles, near Olvera Street. Commercial interests in the United States have capitalized on the celebration, advertising Mexican products and services, with an emphasis on beverages, foods, and music.
Posted by Marcus at 1:47 PM