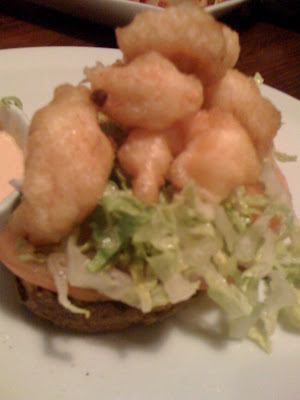 Join us for our Mardi Gras Three Course Tasting Menu from Monday February 15 to Friday February 19th. Early bird special of $24.99 if seated by 5pm.

Our Version of Bananas Foster
MARDI GRAS HISTORY
The origins of Mardi Gras can be traced to Medival Europe, though we have no written record of how that really transformed into the current Mardi Gras of today. But the origins of the Mardi Gras we celebrate today -- with Kings, Mardi Gras colors, and brass bands -- are traced to New Orleans.
Although we can trace its history to the Romans, a French-Canadian explorer, Jean Baptiste Le Moyne Sieur de Bienville, landed on a plot of ground 60 miles directly south of New Orleans in 1699 and called it "Pointe due Mardi Gras." He also established "Fort Louis de la Louisiane" (which is now Mobile) in 1702. In 1703, the tiny settlement of Fort Louis de la Mobile celebrated the very first Mardi Gras.
Posted by Marcus at 6:04 PM