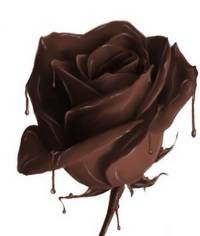 Did you know Valentines Day is one of the busiest days in the restaurant industry? So we have created ROMANCE WEEK at Aroma Thyme. We are offering an outrageous aphrodisiac menu at a very special price.

This menu was designed around aphrodisiac foods for our Romance Week. Celebrate Valentines Day early at Aroma Thyme Bistro with our specially priced Three Course Menu!
We listed a rundown on these aphrodisiac ingredients
$29.99 per person

Asparagus: Given it's phallic shape, asparagus is frequently enjoyed as an aphrodisiac food. Feed your lover boiled or steamed spears for a sensuous experience. The Vegetarian Society suggests "eating asparagus for three days for the most powerful affect".

Almond: A symbol of fertility throughout the ages. The aroma is thought to induce passion in a female. Try serving Marzipan (almond paste) in the shapes of fruits for a special after-dinner treat.

Arugula: Arugula or "rocket" seed has been documented as an aphrodisiac since the first century A.D. This ingredient was added to grated orchid bulbs and parsnips and also combined with pine nuts and pistachios. Arugula greens are frequently used in salads and pasta.

Broccoli Rabe: The ground seeds of various plants in the brassica family were believed to increase virility. In the case of broccoli rabe its more likely a myth created to get people to eat this bitter vegetable.

Bananas: The banana flower has a marvelous phallic shape and is partially responsible for popularity of the banana as an aphrodisiac food. An Islamic myth tells the tale that after Adam and Eve succumbed to the "Apple" they started covering their "nudity" with banana leaves rather than fig. From a more practical standpoint bananas are rich in potassium and B vitamins, necessities for sex hormone production.

Carrots: Another good reason to eat carrots--believed to be a stimulant to the male. The phallus shaped carrot has been associated with stimulation since ancient times and was used by early Middle Eastern royalty to aid seduction. High vitamins and beta-carotene. Perhaps a justification for a piece of carrot cake?

Chocolate: The Aztecs referred to chocolate "nourishment of the Gods". Chocolate contains chemicals thought to effect neurotransmitters in the brain and a related substance to caffeine called theobromine. Chocolate contains more antioxidant (cancer preventing enzymes) than does red wine. The secret for passion is to combine the two.
Figs: An open fig is thought to emulate the female sex organs and traditionally thought of as sexual stimulant. A man breaking open a fig and eating it in front of his lover is a powerful erotic act. Serve fresh Black Mission figs in a cool bowl of water as it is done in Italy and be sure to eat with your fingers!

Fennel: In the 1930's fennel was found to be a source of natural plant estrogens. Use of fennel as an aphrodisiac dates back to the Egyptian times where it was used as "libido enhancement".
Ginger: Ginger root raw, cooked or crystallized is a stimulant to the circulatory system. Perhaps a stir-fry with freshly grated ginger can stir something spicy up in the bedroom later.

Honey: Many medicines in Egyptian times were based on honey including cures for sterility and impotence. Medieval seducers plied their partners with Mead, a fermented drink made from honey. Lovers on their "Honeymoon" drank mead and it was thought to "sweeten" the marriage.

Pine Nuts: Zinc is a key mineral necessary to maintain male potency and pine nuts are rich in zinc. Pine nuts have been used to stimulate the libido as far back as Medieval times. Serve pine nut cookies with a dark espresso for a stimulating dessert.

Truffles: The Greeks and the Romans considered the rare Truffle to be an aphrodisiac. The musky scent is said to stimulate and sensitize the skin to touch.

Vanilla: The scent and flavor of vanilla is believed to increase lust. According to the Australian Orchid Society, "Old Totonac lore has it that Xanat, the young daughter of the Mexican fertility goddess, loved a Totonac youth. Unable to marry him due to her divine nature, she transformed herself into a plant that would provide pleasure and happiness." Fill tall Champagne glasses to the rim and add a vanilla bean for a heady, bubbly treat.

*Please no other offers, promos, discounts with this already outrageously priced menu