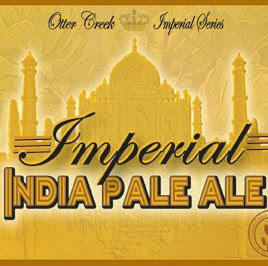 It's cask beer night at Aroma Thyme again. Join us every first Tuesday of the month for different cask of craft beer. The tapping starts at 5pm and goes until the cask is empty. Our next cask night is August 4th and we will be serving Otter Creek Imperial IPA.

About our Imperial India Pale Ale:
Originally brewed for thirsty British troops stationed on the subcontinent of India, India Pale Ales had to withstand the sea voyage around Africa. Brewers need to take full advantage of two preservatives at the time: hops and alcohol. They increased their hopping rates, doubled their malt useage to increase alcohol content, and dry-hopped the brew before it set out on its voyage.
Our Imperial IPA carries on this tradition- and then some! The fruity and citrusy hop aroma intermingles perfectly with an assertive malty backbone. Our brewers added a generous supply of hops to this brew throughout the entire process to provide an enormous hop flavor and balance the elevated alcohol content.

What exactly is real ale?

Cask-conditioned beer, often referred to as 'real ale', is brewed from only traditional ingredients and allowed to mature naturally.

The unfiltered, unpasteurized beer still contains live yeast, which continues conditioning the beer in the cask (known as 'secondary fermentation'); this process creates a gentle, natural CO2 carbonation and allows malt and hop flavors to develop, resulting in a richer tasting drink with more character than standard keg ('brewery-conditioned') beers.

Real ale is always served without any extraneous gas, usually by manually pulling it up from the cellar with a handpump (also known as a 'beer engine'). This is the traditional way of brewing and serving beer; only a few decades ago did filtered, pasteurized, chilled beer served by gas become normal.

The only place in the world where cask-conditioned beer is still commonly available is Britain.

Is there much difference to keg beer?

Keg beers are generally sterile filtered and pasteurized as part of the brewing process. This kills the yeast, preventing any further conditioning, and the beer is then racked into sealed, gas-pressurized kegs. Such beers generally taste blander than their cask-conditioned counterparts, and the use of flash-chillers or cold rooms (*very* cold!) is standard as part of the serving process. That said, some microbrewers rack cask beer into kegs - though these are usually served with extraneous gas.

In many common brands of keg beer, cheap ingredients ('adjuncts') such as rice or maize are mixed with the malt to cut costs, but resulting in a 'light' beer with hardly any aroma or flavor. Chilling and the absorption of extraneous gas jointly mask the lack of flavor - with carbon dioxide you get an unnaturally fizzy pint; with nitrogen (or mixed gas with a larger nitrogen ratio) you get a pint with an unnaturally smooth and creamy head - either way these beers are always refreshing but usually taste of very little. Micro-breweries generally avoid the use of cheap adjuncts, so their keg products usually taste far superior to the nationally available brands. Also, all beers imported from Germany are required by that country's laws to be free of non-traditional ingredients.

I'm not criticizing all keg beers, simply outlining the often little-known qualities of real ale by comparison. There are many really tasty ales which are 'keg' (but plenty more which aren't tasty!), though well-kept cask versions of the same brands would undoubtedly be found to be even more flavorsome if compared side-by-side.

But keg beer is 'normal' -
what's it got that real ale hasn't?

Keg beers have a much longer shelf life, especially when compared to a partially full cask. Real ales have to be manually vented and tapped, and left to settle (or the customer gets a cloudy pint due to the presence of yeast and protein - though harmless if drunk like this). Also, real ale will start to taste of vinegar (known as 'oxidising') if left in a part-full cask for too long. This is caused by acetic acid forming from a reaction with oxygen in the atmosphere.