At least they are surging at Aroma Thyme Bistro in Ellenville NY. Aroma Thyme has at least a half dozen different Absinthe's, including two from a local NY producer.

"St. George Absinthe Vert (California) is our best seller by far, but the local stuff gets some attention as well", explains Chef/Owner Marcus Guiliano. 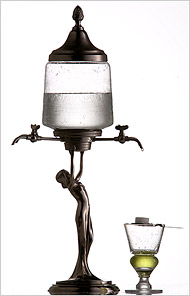 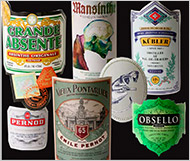