We have the NY Times #1 California Chardonnay Pick 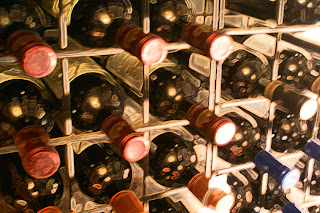 Aroma Thyme Bistro, Ellenville, has the Number One wine in the New Times this week (February 4th, 2009).


WINES OF THE TIMES
California Chardonnay Grows Up

By ERIC ASIMOV
IT’S hard to feel neutral about California chardonnay. The wine’s almost effortless popularity as a mass-market white also brought it the mark of infamy. For every dozen people who unthinkingly asked for a chardonnay when they really meant any white wine, there were always a few who cried out that they’d take anything but chardonnay.

These chardonnay haters made their feelings felt. While most winemakers are loath to admit that they hold a finger up to the wind, many producers have clearly dialed back on the extremes of the California style that dominated 10 years ago.

The big buttered-popcorn fruity extravaganzas are, of course, still out there. But today far more California chardonnays are made in a much wider range of styles, from crisp, lively and lip-smacking to rich, powerful and structured, with variations of all types and sizes.

Napa County has roughly the same area planted in chardonnay as Santa Barbara, but chardonnay takes a far subordinate role there to cabernet sauvignon.

But it’s hard to imagine any region outdoing Santa Barbara for the sheer variety of chardonnay styles it offers.

The wine region, well north of the City of Santa Barbara, was for years divided into two main appellations, named for the two valleys that stretch eastward from the Pacific Ocean: the Santa Maria Valley to the north and the Santa Ynez Valley to the south. The cooling breezes blowing in from the Pacific help create the wide daily swings in temperature that make the region hospitable to the Burgundian chardonnay and pinot noir grapes.

The wine panel recently sampled 25 bottles of Santa Barbara chardonnay. For the tasting, Florence Fabricant and I were joined by Elizabeth Harcourt, sommelier at Corton in TriBeCa, and Joshua Nadel, the wine and beverage director at the Oak Room at the Plaza Hotel.

While Santa Barbara can trace its winemaking history to the days of the Spanish missions, it is relatively new to the modern age of winemaking. Much of the region’s growth, in fact, has come in the last 15 years, which makes its accomplishments fairly remarkable given the decades spent seeking out the best places to plant vineyards in Northern California, not to mention the centuries of trial and error in Europe.

Still, the wines offer a palpable sense of experimentation. Sometimes they work well, occasionally they do not, and sometimes, well, the jury is still out.

Regardless of the style of the wine, what separated the bottles we liked best from those we rejected can be summed up in one word: balance.

As is often the case in California, the biggest struggle for growers is to get the grapes to ripen slowly and evenly. The sugar, which is fermented into alcohol; the acidity, which offers liveliness, and the other grape components all must be in balance, otherwise the wines can be thin and acidic, or, more likely, overblown, hot and fatiguing.

All of our top wines achieved this precarious balance. Our No. 1, the 2006 Ashley’s from Fess Parker, was rich and full-bodied. Yet it was lively as well, giving shape and focus to the voluptuous flavors and keeping it refreshing.

Our No. 2 wine, the 2007 Alma Rosa, was a very different style, crisp, subtle and refreshing like a good Mâconnais wine. It was one of the few bottles that came with a screw cap, and at $15 it was our best value.

The No. 3 wine, a 2006 La Fenêtre from the Bien Nacido Vineyard in the Santa Maria Valley, again combined a California richness with a taut core of acidity that gave the wine structure. The ’07 Taz from Santa Barbara County, our No. 4, was a much less ambitious wine, but pleasing nonetheless for its balanced, refreshing qualities.

One of the most interesting winemakers in the Santa Rita Hills is Greg Brewer, who made four chardonnays in our tasting. Three were among our Top 10 wines.

As the winemaker at Melville, he produced the 2007 Clone 76-Inox, which offers a beautifully balanced blend of fruit and mineral flavors. Inox means stainless steel in French, and the wine is fermented in steel tanks to prevent any influence on the wine from oak barrels.

By contrast, the other ’07 Melville chardonnay, No. 8 on our list, was fermented in oak barrels, which gave the wine a richer, more creamy texture.

A third Brewer wine, a 2007 Brewer-Clifton Sta. Rita Hills, made in partnership with Steve Clifton, did not make our list. We found it out of balance, with an off-putting buttery quality.

Mr. Brewer also made our No. 10 wine, the 2007 Diatom from the Clos Pepe vineyard, a bottle about which I felt a great deal of conflict. I thought it had very pure mineral flavors, which I love in a chardonnay, but at 16.5 percent alcohol I found it simply too massive. It’s certainly intriguing, though at $55 it was also the most expensive wine in the tasting.

We buy all the bottles for our blind tastings from retail shops or sources on the Internet. Thus, we are not simply sampling the new vintage but offering a cross section of available wines.

We ended up with a few bottles from the 2004 vintage, which all tasted old and fatigued, indicating that most of these chardonnays are best enjoyed within their first three years. A couple of ’05s made our list, but my advice is, drink up.

Zesty and refreshing with flavors of lemon and minerals.

Full-bodied yet subtle and refined with plenty of refreshing acidity.

A clean, lively mouthful of fruit and minerality.

Smooth, with lemon chiffon flavors and a touch of alcohol heat.

Plush and rich, with flavors of buttered popcorn, oak and vanilla.

Distinctive with great purity and minerality yet immense and hot.

WHAT THE STARS MEAN:

Ratings, from zero to four stars, reflect the panel’s reaction to the wines, which were tasted with names and vintages concealed. The wines represent a selection generally available in good retail shops and restaurants, on the Internet and from the vineyards. Prices are those paid in shops in the New York region.

Tasting coordinator: Bernard Kirsch
Posted by Unknown at 7:41 AM