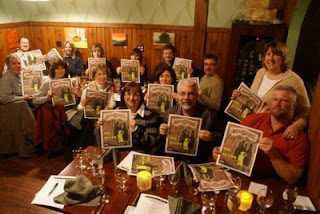 Trappist beers are made in monasteries or abbeys by monks. These monks are Trappist monks. I like to refer to these beers as the King of beers. There are only seven certified Trappist breweries in the world. Six out of seven are located in Belgium and the last one in the Netherlands. At Aroma Thyme we have six out of seven Trappist breweries. The one we don't have is extremely hard to get a hold of, it is not imported into the United States. If we ever get this you'll be the first to know.
This Trappist beer dinner is March 20th at 7 PM and is $49 per person.

We can always substitute vegetarian or vegan menu items. Please let us know of any substitutions when you make your reservation.