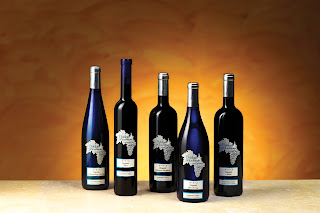 Jamie and I have had a very busy March. March for us is wine tasting season. Most wine distributing companies roll out their spring portfolio. So some weeks we attempt as many as three tastings. Some of these tastings are small with as little as 50 wines of the larger ones have over 500 wines. Jamie and I are very critical when it comes to selecting wines for Aroma Thyme. We always try to talk to a vineyard rep or to the winery owner themselves. This helps us understand the wine. Of course we love wines are made from organic grapes. But some of these vineyards are not certified organic, but they are practicing organic. And then you find the vineyards that say they are sustainable, but who really knows what that means. At one tasting last week a very well-known California winemaker was touting his sustainability. is usually pretty easy to figure out how organic ones operation is after a few questions. And just last week one of the most well-known winemakers from California was telling me how sustainable the chemical Roundup is. I was totally shocked. So you'd definitely won't see this so-called sustainable wine on our list at Aroma Thyme. This is why you always ask about your wine or food.

But the big news for us at the restaurant is all the good wines that we did find. We now offer a white wine and a red wine by the glass that has no added sulfites. Not only are these wines certified organic, meaning the grapes and the wine process. Yes most wines are made with organic grapes and then they use chemicals in the wine process. But not this vineyard. The winery that I'm talking about is Badger Mountain from Washington State. We have always had Badger Mountain winds on our list over last four years. But never did we offer their wines by the glass. But with overwhelming demand for sulfite free and no sulfite added wines we knew it was time to offer more choices. So next time you come in our wine list will have a notation for no sulfite added wines by the glass.

Badger Mountain's purely read is a blend of Cabernet, Syrah and Merlot. Soft and luscious with bright, sweet, ripe red fruit and the lingering finish of berries and spice.

Badger Mountain's Purley White is a blend of Semillion, Muller-T and Sauvignon Blanc. fresh floral, citrus, and tropical fruit flavors and aromas with a crisp off dry finish.

Here are some sulfite facts from Badger Mountain's website:

USE OF SULFITES - Frequently Asked Questions

I think other site proprietors should take this site as an model, very clean and great user friendly style and design, as well as the contentYou are an expert in this topic!