Drink Trump Vodka for a Good Cause 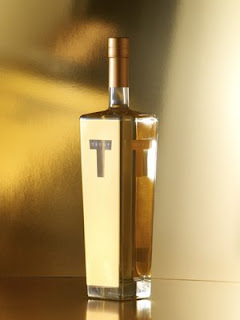 Aroma Thyme Bistro is proud to announce our new partnership with Trump Vodka. Aroma Thyme now serves Trump Ultra Premium Vodka as our house pour. To kick off our Trump Vodka campaign we have decided to donate $1 to the Walter Reed Veterans Society. And to further to promote Trump Vodka, yes Donald Trump, has agreed to donate as well.

Behind the vodka:
Third generation master distiller, Jacques de Lat, at the Wanders Distillery in Holland, distills Trump Vodka. Unlike most vodkas, which use neutral grains as a base, Trump is distilled five times from select European wheat and stored in stainless steel tanks for 6 months. The distillate is then filtered through a carbon filtration process twice, run through a 9-column filtration process and carbon filtered twice more before resting in stainless steel tanks prior to bottling.

The bottle itself is spectacular and it's evident that all of the Trump marketing was put to good use in its design. The golden bottle is a reminder of the power behind the Trump name and is reminiscent of the skyscrapers the real estate mogul is famous for constructing. Luxury is defined in the bottle by clean lines, two sides with a gold facade and a capital "T" on each side, ensuring one does not forget whose vodka they are drinking.
Posted by Marcus at 2:29 PM